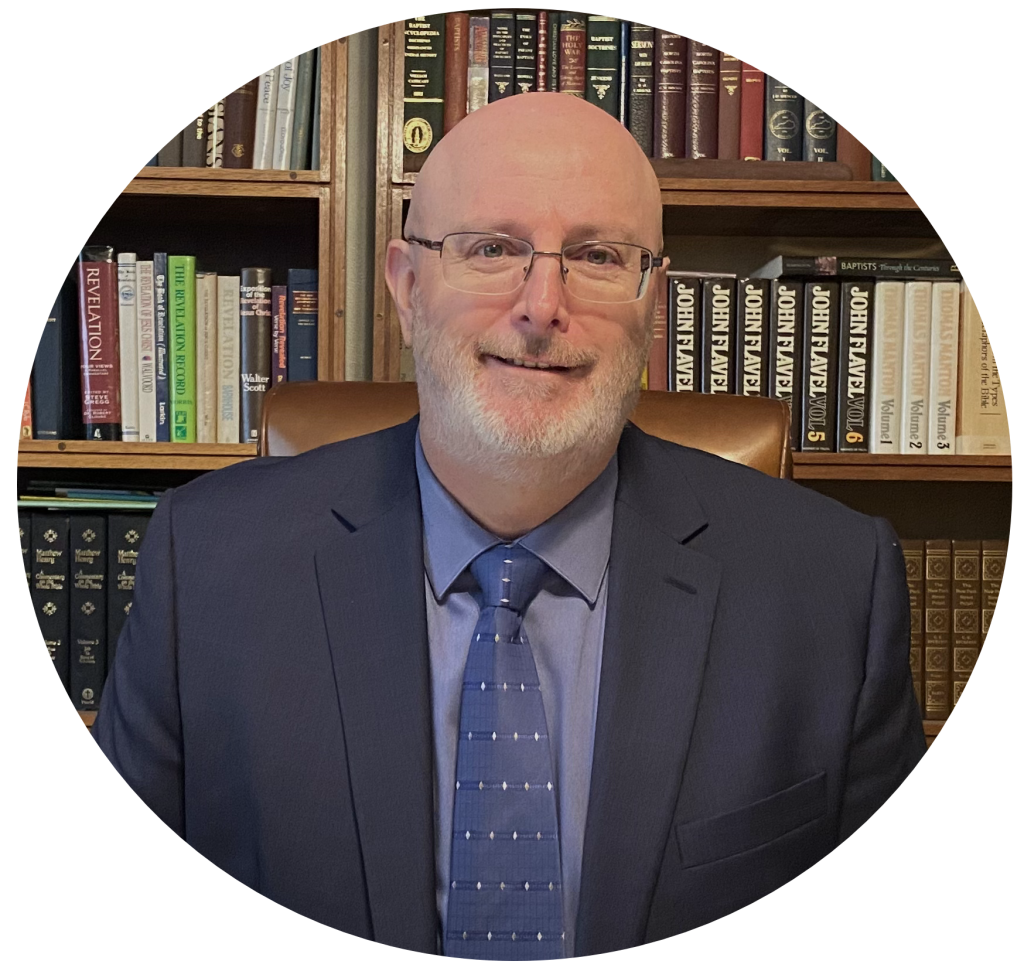 I was born November 25, 1964 and spent the first nine years of my life on a small farm in Newtonsville, Ohio. It was also there in the small town of Newtonsville that I attended a Baptist Church and for the first time in my life was blessed to hear the gospel message. There was one service in particular in which the Spirit was pleased to make sin “exceedingly sinful” to me, and through the Spirit’s convicting power and by God’s amazing grace, I was brought to the end of myself and looked fully to Christ for salvation.

Sad to say, we moved away from that local church and during my teenage years I lived the life of the prodigal son in the pig sty of this world. I still stand amazed at how longsuffering and patient the Lord has been with me. At around 19 years of age, the Lord used some circumstance of the wickedness which I was involved in to turn my heart back to Him in a mighty way.

During this time, the Lord was pleased to allow me to meet one of the most kind, loving, and caring pastors I have ever known, Pastor Dan Lamb.

The Lord used his example to teach me what it really meant to care for the flock. It was during this time the Lord began to deal with me in regards to the ministry. I began attending Bible College at the School of Scriptures in Milford, Ohio. After the first year of Bible College, I met another pastor named Dan Ferrell. The Lord was pleased to use Brother Ferrell, and three years at the Baptist Voice College to teach me many great truths.

It was there at Wilmington that I finally met the dearest on earth to me. My precious wife Myra.

From Wilmington Baptist Temple, we moved our membership to Providence Baptist Church in Xenia, Ohio, where Brother Tom Ross was the pastor. I learned from the example of Brother Ross the importance of striving for diligence in study.

The Lord had been dealing with me about serving on a foreign field. In 1995 after a few years of deputation we packed what we could and sold the rest, and left home for the Philippines with our 2 young children.

In 1997 Providence Baptist Church voted to disband. It was then that I called Brother Gormley to request authority from Bryan Station. After much prayer the saints graciously consented.

The Lord was pleased to give us just shy of 15 fruitful years to minister in the Philippines, along with forging friendships which will never be forgotten. The Lord also blessed us with three more children while serving there.

In 2008, Brother Gormley asked me if I would pray about coming home to pastor. We have always had a great love for the people of Bryan Station Baptist Church, but honestly I felt so overwhelmed and under qualified.

Finally in 2010 the church officially extended the call after much prayer, I consented. Following in the footsteps of a man the caliber of Brother Gormley, was a daunting task but I am reminded daily of what the Bible says in II Corinthians 3:5, “Not that we are sufficient of ourselves to think any thing as of ourselves; but our sufficiency is of God.”